However, different claims are being made in the media reports regarding the design and segment of this new car. It is being called a compact SUV, but in fact it is a premium hatchback car built on the B + platform, which the company has given SUV style. The company has also described it as SUV-inspired and the car has been defined by Citron CEO Vincent Coby as a “hatchback with a twist”.

The compact SUV segment is very popular in the Indian market and in the last few years many new models have been introduced in this segment. That’s why most people are telling this car to be a compact SUV considering its design.

The C3 Citroen is the first of three models to be offered under the company’s C-Cubed program, and has been specifically designed for emerging markets such as India and South America. Another highlight of this car is that it will be made in India from more than 90 percent local components, which will help in keeping its price tag as low as possible.

However, let’s talk about the design of the new Citroen C3, this car is based on the CMP modular platform and its length is 3.98 meters. It has a ground clearance of 180 mm and comes with 315 liters of boot space. At the front, V-shaped LED daytime running lights and headlamps are positioned slightly lower. Plastic cladding has also been used in this dual tone exterior car which gives it a rough and sporty look. On the other hand, diamond cut alloy wheels enhance its side profile. 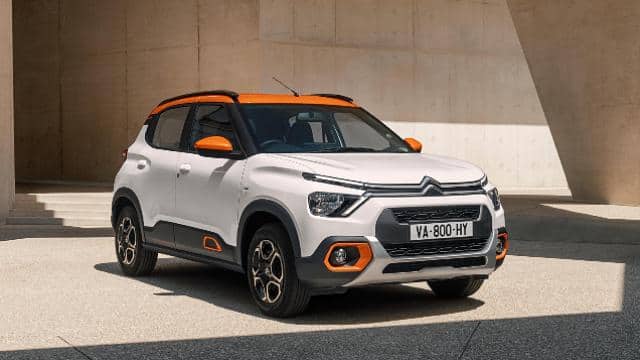 The interior too gets a dual-tone dashboard and large orange panels. It has a 10.1-inch touchscreen infotainment system, which is positioned in the center. It can be connected to Android Auto and Apple Car Play. It has a smartphone holder as well as a digital instrument cluster.

However, information related to the engine details of this car has not been shared by the company yet. But experts believe that a turbo petrol engine of 1.2 liter capacity can be used in it. Which comes with 5-speed manual and 7-speed dual clutch automatic transmission gearbox. It is reported that it will be offered only with the petrol engine.

Up to Rs 81,500 off on Mahindra vehicles, grab the opportunity soon

1 of 6 The festival of Diwali is near. It is considered to be the biggest festival and we definitely...

Brisbane, October 18 Many kids across Australia are heading back into classrooms after months of lockdowns and remote learning. Understandably,...

London, October 18 People who received a first dose of the Oxford-AstraZeneca Covid vaccine followed by an mRNA vaccine shot...

Tata Motors has launched its smallest SUV Tata Punch. The company has kept its initial price at Rs 5.49 lakh....