From Hyundai’s 7 seater car to the new Bolero, these cars will arrive in April


In March, cars ranging from BMW 220i Sport to Jaguar I-Pace and the limousine avatar of the new Mercedes Benz A-class were launched. That is, March has been the name of luxury cars to a large extent. But from the Maruti hatchback to Mahindra’s new Bolero in April, a number of vehicles are going to be launched for the customers. So let’s know more details about them

Hyundai alcazar
It will be a 7-seater SUV from Hyundai, which has been waiting for a long time. Hyundai is going to offer this car globally on April 6. It can also be called the 7 seater version of Hyundai Creta, which will compete with vehicles like Tata Safari and MG Hector Plus. In the past, the company had also released sketches of this SUV through teaser. It can be priced at Rs 1 lakh more than Creta.

Citroen C5 Aircross
French car maker Citron is going to launch its first car C5 Aircross in India. The car was introduced last month and is to be launched on 7 April. The car has a 2.0-liter 4 cylinder diesel engine, which generates 177 PS of power and 400 Nm of torque. It will get features such as 8.0-inch touchscreen infotainment system, panoramic sunroof, front and rear parking sensors and electrically adjustable driver seat.

Skoda octavia
The car can be launched in late April or early May. In Skoda Octavia, customers enjoy luxury with performance. It can get features like improved interior, 2-spoke steering wheel with heating function, and virtual cockpit. 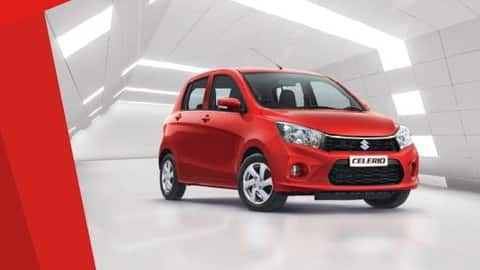 Maruti Suzuki Celerio
Maruti is going to bring its new Celerio in a new avatar. Its launch can also be launched by late April or early May. The new Celerio will be larger in size giving you more cabin space within the car. In this car, the company can offer a 7-inch touchscreen infotainment system, which can be connected to Apple CarPlay and Android Auto.

Mahindra Bolero Neo
The Bolero has been a successful product for Mahindra, which is most preferred in rural areas. Now the company is going to add some essential and modern elements to it. The car is expected to get features such as a touchscreen infotainment system, automatic AC, rear AC vent, sunroof and a fully digital instrument cluster. The Bolero Neo is expected to be launched next month.

Hyundai has included another new variant in its best selling SUV Creta. This variant has been named as SX Executive...

New Delhi, June 17 A third possible wave in India by the prevailing Covid-19 virus variant is unlikely to disproportionately...

Country's leading electric two-wheeler maker Hero Electric has drastically cut the prices of its Optima HX range in the domestic...

When it comes to sports cars, Ferrari and Lamborghini are the first names that come to mind. Almost everyone wants...

London, June 16 The rapid spread of the Delta coronavirus variant has driven a 50% rise in infections in England...

Hyundai has included another new variant in its best selling...