Good news for cinema lovers on the occasion of Diwali, watch these great movies in theaters for just 50 rupees


Since the 90s in India, there has been a large number of people with a special love. Plain, people had a wide range of options for romance and comedy, apart from normal life. Some of them are so special that their memories are still fresh in people’s minds. Like the whole world, India is also fighting the coronavirus epidemic. Since the lockdown in March, entertainment has emerged as a major challenge before the people. Challenges such as being locked in the house all day, making the house an office and dealing with the fear of sickness have greatly affected our lives. During this time, all people found out different ways to keep themselves happy and entertained.

The 90s serials were re-aired on TV during the lockdown. People once again lived the memories of Jindri who went through serials like Ramayana, Mahabharata and Shaktimaan. Now once again there is good news for people who love films of the 90s. Some of the best and blockbuster movies of that time would be released in theaters. Yash Raj Films has decided to join hands with multiplex chains such as Inox, PVR and Cinepolis. Here Yash Raj Films’ finest films will be re-released.

In fact, movie theaters etc. were closed due to coronavirus. Theaters opened in October but people are still not coming. This kind of initiative will help in bringing the audience to the theater. Films like Shah Rukh Khan and Preity Zinta’s film Veer-Zara, Amitabh Bachchan and Rekha’s film Silsila, will be released as a gift to the audience this Diwali. Sometimes, the series will take Dilwale Dulhania, Dil To Pagal Hai, Veer-Zaara, Bunty and Babli, Rab Ne Bana Di Jodi, Ek Tha Tiger, Jab Tak Hai Jaan, Band Baaja Baaraat, Sultan, Mardani Will be released in the country. 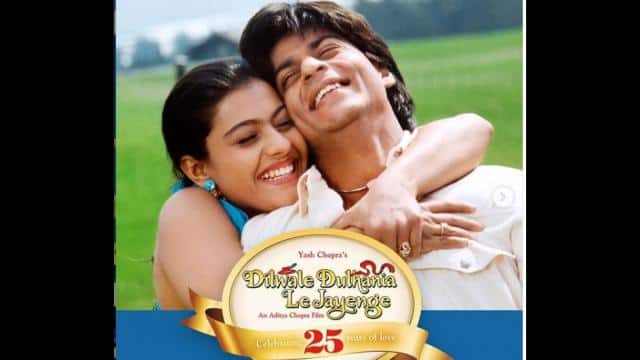 Ticket prices have been kept at only 50 rupees. The reason behind this is that people come to the theater. Manan Mehta, VP of marketing and merchandising for Yash Raj Films, said in a statement, “The audience remains at the center of our Yash Raj Films universe. Now Yash Raj Films is entering the 50th year of its inception. To celebrate this festival we Big Screen Celebration Initiative is about to debut. Now viewers can once again watch these iconic films in the theater and relive their experiences. ”

1 of 2 New Delhi . After enduring the scorching...