Hyundai introduced a powerful electric car IONIQ 5, will run 470 Km in a single charge, will be charged in 5 minutes like a mobile

Hyundai believes that after the new Ioniq 5 comes to market, the company will easily meet its target by 2025. Actually, this new model is the production version of the 45 concept presented at the Frankfurt Motor Show. In this crossover model, the company has been given a 20-inch alloy wheel with pop up door handles, raked front windshield, black roof, slick LED headlamps. As an electric vehicle, the largest size wheel is being given in it.

Size: As far as the size of this car is concerned, its length is 4,635 mm, width 1,890 mm and height is 1,605 mm. It has a wheelbase of 3,000 mm. The interior of the car has been given a futuristic design by the company, besides it has been given better space to make the car’s cabin comfortable. This crossover has a boot space of 531 liters capacity, which can be increased to 1,600 liters. 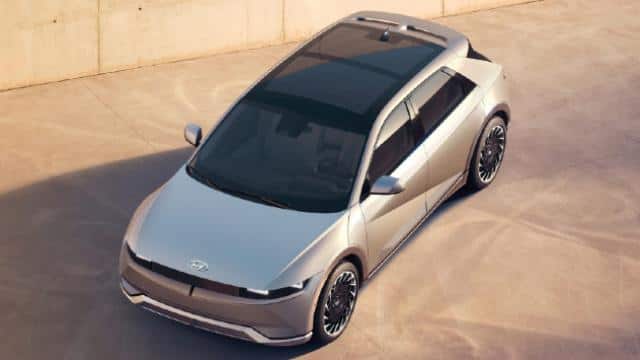 In the new Hyundai IONIQ 5, the company has given a 12-inch touchscreen system and the gear selector is placed behind the steering wheel. This electric car has a charging port on both sides, so that it can be easily charged. The company will launch it in different trims. Its top speed is 185 kilometers per hour. 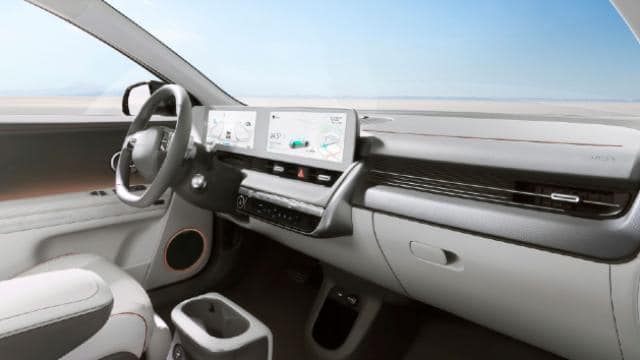 In another variant, the company has used a large battery pack that generates 302 hp power and 605 Nm torque. This model is capable of catching 0 to 100 kilometers per hour in just 5.2 seconds. With this a charger of 350 kW capacity is being given and it can be easily charged even at home.

driving range: The company claims that the fast charging system given in it will charge the battery of the car in just 5 minutes that it will give a driving range of 100 kilometers. Apart from this, this battery will be charged up to 80 percent in just 18 minutes. This car offers a range of up to 480 kilometers in a single charge. This electric crossover will be launched for sale in the market by the end of the year.

Bajaj Platina 100 electric start variant launched, equipped with great features, it is the most affordable bike in the segment

Highlights: SBI brings great offers to its customers before HoliSBI is giving benefits to customers through its Yono App 4...

The month of February has been very good for the auto sector of the country. This month, a number of...

Seoul, March 3 South Korean authorities said on Wednesday they are investigating the deaths of two people after a media...

Indian Driving License: It is a very pleasant feeling to go on a long drive on spectacular glittering roads. This...