Instead of Alto, people are liking this car of Maruti, number one due to great features and mileage


There is a demand for most entry level and low priced cars in the country, but in the month of August, not the cheap but premium range cars have shown a blaze. Although like every time, this time too Maruti Suzuki has been occupied in the list of top 3 best selling cars of the country, but people have fiercely bought premium hatchback Baleno instead of Maruti’s entry level car Alto. So let’s know about the best selling cars of the country-

Maruti Brezza, the leader of the compact SUV segment, has become the third best-selling vehicle in the country in the month of August. The company has sold 12,906 units of this SUV last month, which is 87% more than the same month last year. In August last year, the company sold 6,903 units of this SUV.

This SUV has got a 4 star rating in the Global NCAP crash test. You will be surprised to know that this is the only model of Maruti Suzuki, the country’s largest carmaker, which has been given a 4 star rating. The company has used a 1.5-liter petrol engine in it, which generates 105PS of power and 138Nm of torque. This engine comes with 5 speed manual and 4 speed automatic transmission gearbox. Its price is between Rs 7.51 lakh to Rs 11.41 lakh.

Maruti Alto is the cheapest car in the country. In the month of August, the company has sold 13,236 units of this car, which is 8% less than 14,397 units in the same month last year. There has been a slight decline in the demand for this small car and with this it has become the second best-selling car in the country. The company has got a 796cc petrol engine in it, which generates 48 PS of power and 69Nm of torque. The petrol variant gives mileage of up to 22 kmpl. It also comes in a factory-fitted CNG option, in which it churns out 41PS of power and 60Nm of peak torque. With CNG it is 31 kms. Gives mileage up to per kg. Its price is between Rs 2.99 lakh and Rs 4.70 lakh.

Maruti Suzuki premium hatchback car Baleno has gained tremendous momentum in sales. This car has no match in its segment. The company has sold a total of 15,646 units of this car in the month of August last year, which is 46% more than 10,742 units in the month of August last year. The company sells this car through its NEXA dealership. This is the premium range dealership of the company. 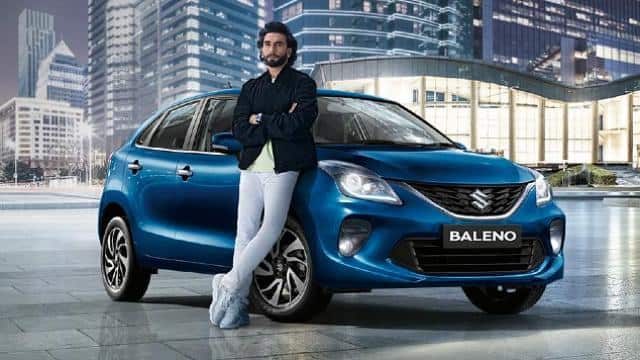 This car comes with two petrol engines, 1.2 liter engine (83PS/113Nm) in one variant and 1.2 liter Dualjet petrol engine (90PS/113Nm) in the other variant. Multi-hybrid technology has been used in its Dualjet variant, due to which it also gives better mileage. The company claims that its manual variant gives a mileage of 21 km and the CVT variant gives a mileage of up to 19 kmpl. Whereas the mild hybrid model gives mileage of up to 23 kms. Its price is between Rs 5.98 lakh and Rs 9.30 lakh.