People are buying these 5 vehicles fiercely, they have to wait for months for delivery


After a long time, the country’s auto sector seems to be buzzing once again. Vehicle sales have picked up again after battling the second wave of the Corona pandemic. In the month of July, people have made a lot of purchases from hatchbacks to Sport Utility Vehicle (SUV) vehicles. Due to heavy demand, the waiting period of some vehicles has reached up to 8 months. So let’s know about the top 5 best selling cars of the country in the month of July –

Maruti Suzuki dominates the passenger car segment, and let us tell you that, Hyundai Creta is the only car that is non-Maruti Suzuki car in the top 5 list in the month of July. The other top 4 positions are occupied by Maruti Suzuki cars. The company has sold a total of 13,000 units of this SUV in the last July, which is 13% more than last year’s just 11,549 units. According to media reports, the waiting period for this SUV has reached up to 8 months in some cities.

Maruti’s 7-seater car Ertiga has become the fourth best-selling car in the country in the month of July. At the same time, it is the best selling car in the MPV segment. Apart from petrol, the waiting period of this car, which comes with the company fitted CNG kit, has reached 10 months in some cities. Especially the demand for its CNG variants is skyrocketing. The company has sold a total of 13,434 units of this car in the last July, which is 58% more than last year’s 8,504 units.

Maruti Suzuki’s premium hatchback car Baleno has become the third best-selling car in the country. This car has no match in its segment. The company has sold a total of 14,729 units of this car in the month of July last year, which is 27% more than the 11,575 units in the month of July last year. The company sells this car through its NEXA dealership. This is the premium range dealership of the company. 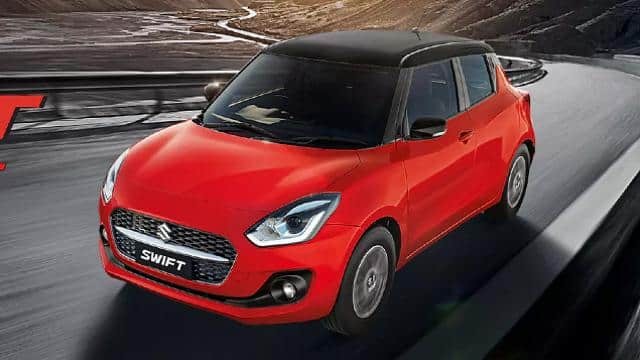 Maruti Suzuki has launched a new facelift model of Swift in the market this year. This car is the most popular for its price. Last month, it became the second best-selling car in the country. The company has sold 18,434 units in the month of July, which was only 10,173 units last year. Its sales have seen a growth of 81% as compared to the month of July last year. Along with the new engine, updated features and technology have been used in this car, due to which it gives better mileage.

The hatchback car WagonR, popularly known as Maruti’s tall boy, is the largest selling car in the country. In the month of July last, the company has sold 22,836 units of this car, which is 69% more than the 13,515 units in July last year. This car comes in both petrol and CNG variants. The company is also working on an electric version of the device, which was also spotted during testing a few days back.

Note: Here the price and mileage of the cars are given according to media reports. In general, vehicle mileage depends on driving style and road conditions, so variations are possible.