There has always been a demand for specious and big cars in the Indian market. There are many big cars in the market at the moment, but France’s leading automaker Renault is offering huge discounts on its most affordable 7 seater car Triber. This April, the company is offering a special offer for the purchase of this MPV to customers in the urban areas and rural areas, under which you can save hugely.

Recently, the company launched the new facelift model of its Triber in the market. The price of this MPV has also increased with new updates. Adorned with an attractive look and strong engine capacity, the MPV is priced from Rs 5.30 lakh to Rs 7.82 lakh (ex-showroom, Delhi). The company has used a detachable seat in its third row, which can also be removed if needed.

This MPV is available in the market with single petrol engine and four variants. The company has given a 1.0-liter 3-cylinder petrol engine that generates 72 hp of power and 96 Nm of torque. This engine comes with 5 speed manual and automatic gearbox. The company claims that this MPV gives a mileage of up to 20 kilometers per liter. 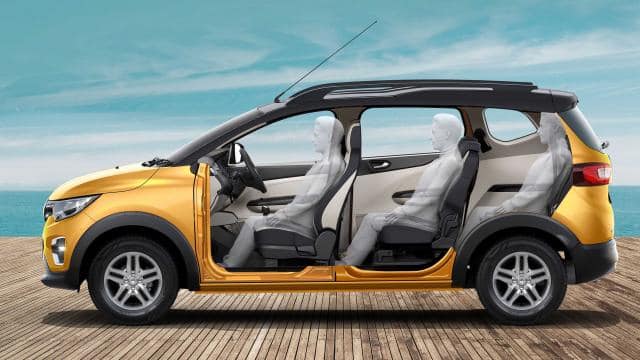 Special offers for rural areas: Apart from this, exchange benefits of Rs 20,000 and loyalty bonus of Rs 10,000 are being given on select variants. The company is also offering special offers to customers in rural areas, under which an additional discount of Rs 5,000 is being given to the Gram Panchayat members, sarpanch and farmers. However, the corporate discount will not be applicable during the rural offer.

110cc Honda scooter gets a good discount, getting thousands of discounts

Honda Activa 6G: The best selling scooter in the country is getting a bang on offer, huge savings with cashback

New Delhi, May 7 There is increasing evidence to suggest that COVID-19 is not just a disease of the lungs...

Johannesburg, May 7 A Covid-19 vaccine developed by the US-based biotechnology company Novavax has been found effective against Coronavirus' B1351...

London, May 7 Most patients hospitalized for Covid-19 infection return to full health, but one in three may develop lung...

If you were planning to buy a Tata car then now you will have to spend more money for it....