The latest model of Hyundai i20, the Indian Car of the Year (ICOTY) selected over the Thar and Sonet


ICOTY 2021: Hyundai, the leading South Korean vehicle maker, has once again made a mark in the Indian market. The company’s premium hatchback car Hyundai i20 has been voted the Indian Car of the Year this year. This small car of Hyundai has beaten many cars and has won this pastitious award.

Let me tell you, the third generation model of Hyundai i20 was launched for sale in the market only last year and this year it has been chosen as the Indian Car of the Year. This car has beaten the models like Kia Sonet and Mahindra Thar and got its name written on this award. However, this win has been won by a very small number.

Also read: Why Buy New Maruti Swift? Know the things related to this car that you will like and dislike

In the Indian Car of the Year race, the Hyundai i20 has got a total of 104 points, while Kia Sonet has been in the second position with 91 points and the Mahindra Thar has been in the third position with just 78 points. During the voting process for cars, all members of the jury had 25 points, which the jury has distributed to the top 5 listed models.

How is the car: Hyundai i20’s third generation model is available for sale in the Indian market. This car comes in two variants with two petrol and one diesel engine. In one of its petrol variants, the company has used a 1.2 liter natural aspirated engine, while the other variant has a 1.0 liter capacity turbo petrol and 1.5 liter diesel engine. 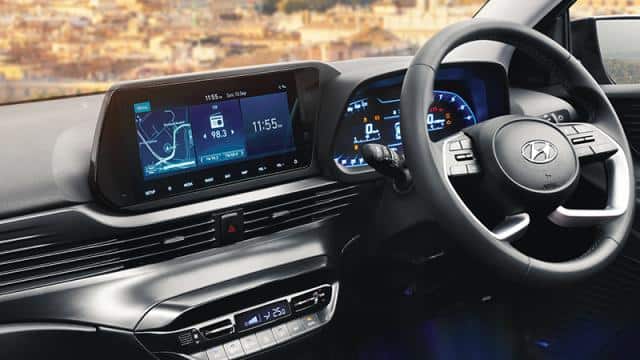 Price and Mileage: The petrol manual variant of this car gives mileage of 20.35 kmpl, petrol automatic variant 19.65 kmpl and diesel model up to 25.2 kmpl. The price of this car is between Rs 6.79 lakh to Rs 11.32 lakh. In the Indian market, this car primarily competes with the Maruti Baleno.