This powerful electric SUV launched in the country, has a driving range of 484km and accelerates in just 5.7 seconds


In the field of electric mobility, another new player has entered the Indian auto sector today. Germany’s leading automaker Audi has today launched its much-awaited electric SUV Audi e-tron in the market here. The company has already started booking this SUV, which can be booked with a token amount of Rs 5 lakh.

The Audi e-tron is available in two body styles – the standard e-tron SUV and the e-tron Sportback. Its standard model comes in two variants – e-tron 50 and e-tron 55 – priced at Rs 99.99 lakh and Rs 1.16 crore respectively. At the same time, Sportback has been introduced in a single variant (Sportback 55), which costs Rs 1.18 crore.

In the Audi e-tron electric SUV, the company has given matrix LED headlamps, adaptive air suspension and 4-zone climate control as standard. Other features on the SUV include a panoramic sunroof, ambient lighting, wireless charger, leather seats, electrically adjustable seats with memory function, Audi’s ‘Virtual Cockpit’ digital dial, 8 airbags and front and rear parking sensors. This SUV has been given 20-inch alloy wheels.

Audi e-tron is offered in 8 exterior colours. Which include Florest Silver, Catalunya Red, Galaxy Blue, Glacier White, Navara Blue, Mythos Black, Siam Beige and Typhoon Grey. On the other hand, the e-tron Sportback also gets the option of additional Plasma Blue color along with all the colors given in the standard model. The cabin also gets a choice of three different colours, which include Mother of Pearl Beige, Black and Okapi Brown. 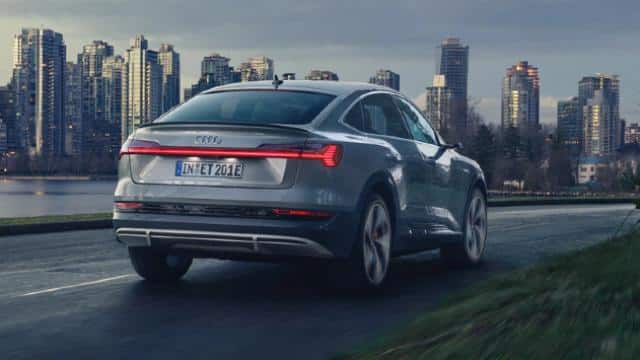 The SUV comes with two electric motors, one in the front axle and the other in the rear axle. In the e-tron 50, the company has given a battery pack of 71kW capacity, which gives a driving range of 264 to 379 km. Its electric motor generates 313bhp power and 540Nm torque. The company claims that this SUV is capable of catching a speed of 0 to 100 kilometers per hour in just 6.8 seconds.

At the same time, in the e-tron 55 and Sportback 55 models, the company has given a battery pack of 95kW capacity. Its electric motor generates power of 408bhp and torque of 664Nm. This SUV gives a driving range of 359 kms to 484 kms. The company claims that it is capable of catching 0 to 100 kmph in just 5.7 seconds. It is accompanied by a compact charger of 11kW and an additional DC fast charger of 50kW. This SUV comes with a standard warranty of 2 years.

Along with beneficial for health, cottage cheese is harmful, take it in limited quantity

1 of 1 Paneer is a food item that is commonly consumed in abundance. Specially in wedding parties, different types...

Cracked heels and dry feet are the cause of embarrassment, get freedom this way

1 of 2 New Delhi . Kareena Kapoor Khan is a true fashionista and one of the most celebrated celebrities...

Relationship breaks due to these habits, wounds ooze throughout life

1 of 1 To strengthen the marital relationship, it is most important that the relationship of mutual understanding between husband...

Gujarat tourism is incomplete without visiting these places

1 of 7 Gujarat is a state in India that is mostly known as a trading center, especially Ahmedabad in...

Along with beneficial for health, cottage cheese is harmful, take it in limited quantity

Cracked heels and dry feet are the cause of embarrassment, get freedom this way

Relationship breaks due to these habits, wounds ooze throughout life