Upcoming Bike and Scooter: List of scooters and bikes to be launched this month, see price and other information

On December 2, Bengaluru-based company Bounce will launch its first electric scooter, the Bounce Infinity Electric Scooter. This is an advanced ‘Made in India’ scooter. You can book Bounce Infinity for a token amount of Rs 499. The company can launch this scooter with an ex-showroom price of Rs 92000. The company will also offer ‘Battery SA Service’ option with Infinity. After choosing this option, the price of the scooter can be close to Rs 60000. In this option, customers will have the option to buy the Bounce Infinity electric scooter at an affordable price without the battery and use Bounce’s battery swapping network instead.

American company Harley-Davidson has already announced the launch of its new bike in India in December. The company is going to launch the Sportster S at the India Bike Week to be held on 4-5 December. Harley has also started its pre-booking. The company has listed this upcoming bike on its website in India in 3 color options. The Sportster S can be priced around Rs 14-15 lakh. It will be powered by a 1250cc liquid-cooled V-Twin engine, which will be capable of generating 121bhp power and 127Nm torque. 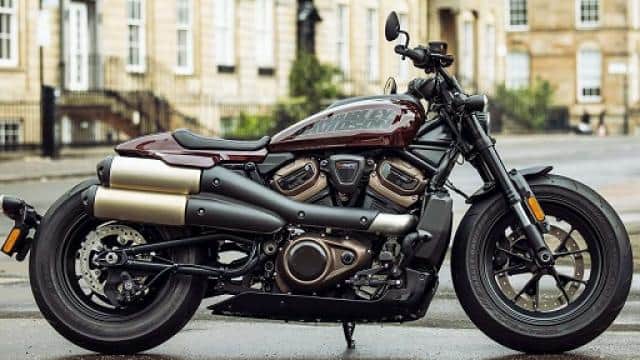 Mahindra & Mahindra-owned company Classic Legends is about to launch Yezdi Roadking ADV in the Indian market soon. Although there is no confirmation of its launch date but it is expected to hit the market in the next few weeks. It will compete with Royal Enfield Himalayan in the market. Some of the pictures posted recently show that Yezdi Adventure looks like the Himalayas. In this, the 293 cc engine used in Jawa can be used. Along with this, this bike will be equipped with a digital instrument console, LED taillights and dual-channel ABS. KTM RC390: At the launch of the new RC200 earlier this year, KTM had announced that it would soon launch the new-gen RC390 in India as well. The updated sportbike from this orange machine maker is expected to hit India in the next few weeks. The RC390 will get an adjustable handlebar, folding rear brake and gear shift levers. The sports bike packs a 13.7-litre fuel tank, which is bigger than the current model. The KTM RC 390 will be powered by a 373cc single cylinder liquid cooled engine, which will be capable of producing up to 44 bhp power and 35Nm torque. It can be offered with a 6 speed gearbox.